Ecotourism is catering for tourists wishing to experience the natural environment without damaging it or disturbing its habitats. It is a form of tourism involving visiting fragile, pristine, and relatively undisturbed natural areas, intended as a low-impact and often small scale alternative to standard commercial mass tourism. It means responsible travel to natural areas, conserving the environment, and improving the well-being of the local people. Natural attractions can be one of the most important sources in sports tourism. So sports-ecotourism refers to any sport tourism activity with an emphasis on the principles of ecotourism. Paying attention to the ecological potential of the regions is one of the basic principles of ecotourism development. Therefore, the purpose of this study was to Ecological-Humanitical feasibility of sports-ecotourism development in desert areas of Qom province. The first stage was analytical and the second stage was descriptive-survey. In the first stage, using ecological data including temperature, number of sunny days, topographic map, soil texture, geology, protected areas, railway, land use, road map, cities and rivers and areas and in software Arc GIS identified suitable areas for ecotourism development in Qom province. In the next step, the human potential of the community was evaluated with a researcher-made questionnaire whose validity was confirmed by experts and its reliability was confirmed by Cronbach's alpha (0.812). The statistical population of the second section included all sports and tourism experts in Qom province (especially in the ecotourism and sports-ecotourism) and all local authorities. The results of first phase showed that only 26.5% of the area of Qom province is suitable for ecotourism development and the remaining 73.5% are not suitable for ecotourism activities. In Qom province, 14 suitable areas for ecotourism development were identified, of which 8 areas in the central part; 2 zones in Salafchegan section; 1 zone jointly in the parts of Khalajastan- Salafchegan; And the districts of Jafarabad, Khalajastan and Kahak each had 1 suitable zone. Generally; According to the zoning, it can be said that the zones located in the central part and Jafarabad located in the desert areas of the province, while the zones located in the southwest of Qom province include Khalajastan, Salafchegan and Kahak are in the mountainous areas. Based on this, the following activities are proposed for the development of sports-ecotourism in Qom province. Hiking on sand and gravel; Holding barefoot resistance competitions on hot sands; Camping at night in the desert; Camel riding and equestrian competitions; Sand skiing; Riding over the desert sky, etc. in the desert areas and mountaineering competitions, rock climbing, cave climbing, mountain biking, etc. in the mountain parts. In the second step, 95 questionnaires were completed by experts in the ecotourism and sports tourism field. The collected data were analyzed by confirmatory factor analysis in Amos.23. The results showed the human capacity of the local community for the development of sports-ecotourism consists of five dimensions: economic readiness, macro readiness, operational potential, cross-sectoral coordination ability and ecotourism literacy and model fit indices were also confirmed. One sample T-test showed; the status of components of economic readiness, macro readiness, operational potential, and cross-sectoral coordination ability is higher than average (P <0.05). While the status of ecotourism literacy component was lower than average (P <0.05). The total power was 3.11 higher than the theoretical mean (P <0.05). But comparing it with the maximum power, it can be said that there is a long way to go to reach the desired conditions for the development of sports ecotourism. Considering that development in tourism and its various sub-sectors, including sports-tourism will be possible only by relying on natural capacities and attractions, and also local communities potential, without the readiness of the local host there is a possibility of over-exploitation and overuse of resources Which can cause irreparable damage to tourism destinations. Therefore, due to the low status of ecotourism literacy factor, in order to increase this component among the general public, it is necessary to put public education programs in various ways, including mass media, especially television, on the agenda. This actions can increase the general readiness of the community to development of sports-ecotourism. 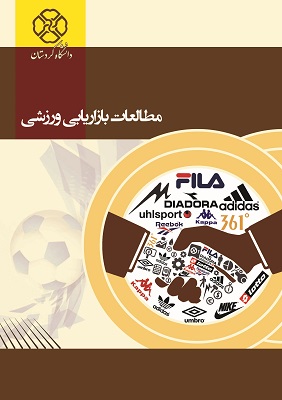